Chinese, German and north American researchers has been able to produce what varieties compatible for celiac patients. Gluten is a complex mixture of several proteins known as gliadins. In a single bread wheat variety is comprised of up to 45 different gliadins. Some of these proteins induce an autoimmune reaction in celiac patients. The only effective therapy is strict dietary abstinence from food with gluten 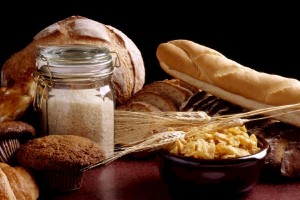 , but is quite difficult to comply with. Besides, following a gluten-free diet has adverse influence on gut microbiota causing digestive problems. In this work, researches have been avoiding the expression of the enzyme that controls the synthesis of some gliadins. These wheat varieties showed a 76.4% reduction in celiac response gliadins. It is has claim that these modified wheat would be able to bake food suitable for celiac patients. In addition patients would allow consume non immunogenic gluten avoiding adverse effects of a gluten free diet.